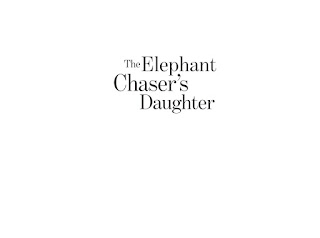 Before Shilpa Anthony Raj's memoir 'The Elephant Chaser's Daughter' officially hits the shelves on 28th of July 2017, here's what you need to know about the book:

Shilpa Raj draws first-hand experiences in her book that mirrors everything that is wrong with the unprivileged society. Her experiences and traumas in life draw a stark realisation about the harsh lives that the women and the untouchables lead in the Indian society.

In her haunting memoir, she mentions that women in her village have accepted the mundane role a woman is supposed to play – as per society. They draw out their happiness by serving the husband and looking after the children; when their men come home drunk and beat their wives, it is her fault as if she is the cause of all troubles. There are innumerable times when Shilpa mentions that she grew up learning from her grandmother that it is the woman's duty to serve her husband and no matter what happens, the woman has to learn to live with her husband.

Shilpa shows the lives of the untouchables by describing the wrath that her family faced by the so-called high caste landlords since her grandparents' time. The constant reminder by her father that since they belong to the low caste they are required to follow the societal norms as it is, is a slap in the face of India's caste system. They have come to accept this system as one's own birthright. This is shown when Shilpa writes about her grandmother's view:

"She believed that the prevailing social order was designed by God and it was her duty to live within it. "

The hardships and the ostracism that Shilpa so acutely recollects and describes in her book act like a mirror to the problems faced by those underprivileged families who barely survive each day. This painful memoir also shows how much a child craves for belongingness and attention when she sees her family falling apart. Shilpa's book highlights how she tried to bring together her two worlds: the one where she was receiving education to become an independent and outgoing woman and the one where she was constantly reminded that her aim was to serve her husband.

This debut book is a must read to know minutely about the lives of the Dalits, about the facts and theories behind why women are being mistreated as per their husband's whims and fancies, and about innocence lost while growing up in a society that demands nothing but marriage and dowry.

To order the book from Amazon.in go to the following link
The Elephant Chaser's Daughter