I would like to thank the author for this review copy in exchange of an honest review.

"Chronux was laying its devious trap, across the cosmos...inviting any and every one to partake off its twisted offerings! All it needed was some power-hungry, deluded idiot to take the bait. We don't know when it happened or how it happened, the first time......but it did happen, setting in motion an endless cycle of deception! " 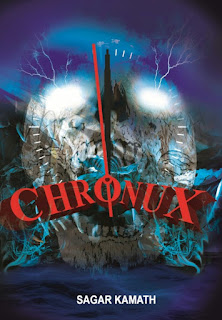 In the year 3067 B.C.E a mysterious person visits a tiny village named Aruhu based in the Himalayan foothills. The mysterious person taught the simple villagers the art of reading the stars and their placement in the huge sky. But soon, after a year, the person leaves the village of Aruhu and gifts the villagers a crystalline object shaped like an 'un-blossomed lotus' and tells them that this jewel has God-like powers and if mishandled can have catastrophic effects. Along with this jewel the unknown person also gifts them parchments containing astronomical charts and thus he successfully instills something dangerous in them - curiosity.

From this era where Aruhu exists, the story leaps forward to the era of the Nazis while connecting an era 6000 years ahead in the future in between. The jewel, which was left by the mysterious person in Aruhu, now becomes the part of the quest which Captain Gustav of the Third Reich undertakes to discover the origins of the German's Aryan supremacy and also to find the superpower which will eventually help the Germans win World War II.

The story is beautifully connected with different eras one can ever imagine. From the Vedic age to the age where humans start to inhabit in the different planets of the solar system. With mindboggling 'time' and 'space' theories, the book claims that TIME is a living entity that watches us. TIME sets traps for the 'curious minds' and thus this is the story of TIME that TIME itself narrates.

In two words I would like to say 'loved it'! The author, Sagar Kamath has the special capabilities to make the readers hold onto his book. Each chapter ends with either a twist or a revelation and that is the beauty of this book. I read the book in between classes, whenever I could. The author intricately laid down theories in simplified ways that were both shocking and interesting. As a debut novel, this book speaks volumes about the author's storytelling capabilities.

'Chronux' is an absolute enthralling and engrossing read, one the comes back in your dreams. I generally have a fetish for thriller fictions and this book consumed me. I stayed up late at night reading this informative read as this is a total page-turner and this is the first book based on the concept of 'time' that I read. This book can be easily hailed as the likes of Dan Brown and Ashwin Sanghi. As a thriller fiction lover I would blindly recommend this to all fellow thriller fiction lovers. 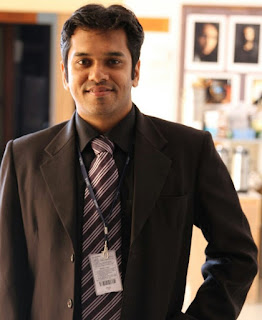 Sagar Kamath teaches History and International Affairs at Symbiosis International University. With a Masters in History and Philosophy and over 9 years of experience in the teaching sector, he has lectured extensively on subjects ranging from global history to modern day geopolitics and specializes in issues of religion and politics. An avid storyteller, he has spent years researching humanity's intricate interplay with the natural world, and believes that events like World War II serve to highlight the best and the worst, we as a species are capable of......something amply reflected in this work. In his free time, he loves to explore 'off-the-beaten-track' locales that have a sense of mystique about them.