I would like to thank the author for giving me a review copy of this book in exchange of an honest review. 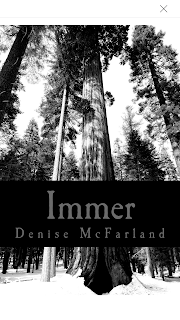 "Sometimes events happen or people come into your life and they crush you, and shatter you and leave holes in your heart that will never fully heal. And, sometimes an event or a person comes along and your entire world is changed for the better and you’ll never be the same again from that moment forward.”

The world has changed, and wolves have evolved into superior beings centuries ago, vampires have stopped hiding in the dark and fairies exist to heal people in need. Wolves can shift into humans as they will and they have organized themselves into the Police Forces of the world and it is their duty to protect the people. William Jaxon is the Alpha (or Head) of one such Police Force of the city of Hoffen. When Will goes undercover to infiltrate an illegal drug organization that trafficks women, he tries to kidnap Rayne Daniels, but he cannot, and helps her fight back and run away. Since then, Will has not been able to forget Rayne and he does everything to protect Rayne because the organization is on a lookout for that woman that ran away from Will's grip. Love blossoms between them and Will's world changes when he realises that Rayne is his Immer ("It was a deep promise a wolf made that meant forever.")

I have mixed feelings about Rayne as at times she breaks down for the littlest of things but at the same time she is brave and has the ability to fight back. I would say that Rayne is a character that all girls can relate to. She cries, she laughs, and her child-like enthusiasm cheers up Will, she is protective of her friends and shows a myriad range of emotions.

Will is half human and half wolf. Being the Alpha of his Force, he is the most determined person and advocates superiority but while he is with Rayne, he goes weak on his knees and Rayne becomes his weakness. Will is unsure about his future with Rayne. Though he wants to be with Rayne, he pushes her away as he thinks that Rayne may not want him later if she cannot accept Will for his predatory behaviour as a wolf.

The author has a great caliber of writing amorous scenes. She has the ability to catch the reader's attention throughout all these scenes. What I loved most is that, the author paints the character's feelings in front of our eyes.

I will have to admit that at times I was frustrated because every time Will and Rayne got together, the author built up a beautiful romantic tension, and as a reader I got all excited about what would be happening next, and to my utmost disappointment, they pull away from each other. The first few chapters consist of introducing the new world where wolves and humans exist together and the last few chapters consist action packed drama, but I feel that the in the middle, portions have been dragged a little bit because there is this constant on-off heat and tension between Will and Rayne where Will pushes away Rayne every time they get together as Will has this notion that Rayne may not like Will later. This book gives you hope about love that stays forever and shows a deeper meaning of love in the form of care and protection. Overall it was a good read, if you love the fantasy world and want a little bit of thrill and suspense. 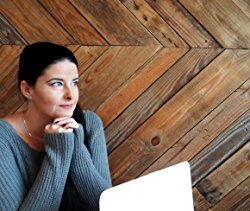 Denise McFarland is thrilled to introduce her very first publication, Immer. As a voracious reader from childhood, she found herself frequently being drawn into paranormal fantasy novels, falling in love with the interesting quirks and powers that made the characters "para" and the stories fantasy. It's not surprising that when she finally jumped into the author pool, she dove toward her favorite genre. She has dreamed for years of being a novelist. So, when she developed a story that she couldn't get out of her head, she knew she had to start typing.

Denise is a lifelong resident of Jacksonville, Florida. She spends her summers soaking up the Florida sunshine and the rest of each year teaching 4th grade.