Book review: The Weight of Shadows by Karl Holton 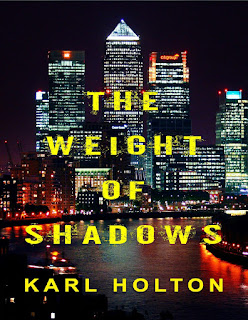 Hanson allowed himself a brief smile. "So much of my life has been hidden... by shadows."

Benedict looked up at him. "How did it feel under the shadows?"

"The weight of shadows can be devastating. I’ve been collecting them since I was a young man and now I need your help, Benedict."

Benedict observed the morning sun’s rays screaming around them. "When you have spent your life in
the shadows, Ray, you will do anything at the dying of the light."

A major Ukrainian Bratva, based in Kiev is involved in a number of organized crimes. The Bratva's boss, Kuzma is a Russian mafia and he wipes off anybody who comes in the way of his business. So when he realizes that the National Crime Agency(NCA) is investigating about them, he decides to teach them a lesson.

When the 'Panthers', a Serbian crime organization plan to rob diamonds from a jewellery shop using a middleman, everything goes catastrophic when a corpse without a head and limbs is discovered floating down the river. Another murder of the same kind occurs but no one knows who is behind these murders and how are the murders linked to the robbery.

Danny Benedict is a senior at the NCA who lost his colleague to murder while on investigation of a case. The blame was put on him, from which he could never recover. Benedict must come out of the weight of shadows to find out that what happens to be just a murder is in fact more sinister and a lot of lives depend on him.

'The Weight of Shadows' is Karl Holton's not only his first book in the Shadow series but also his debut book. Karl Holton has done a massive job on this book. The narration is addictive and thoroughly descriptive. London's streets as well as the details of the various organizations are so intricately laid out. Even the character descriptions are so well made, from their tiny habits to their body descriptions, each character has his/her own speciality.

'The Weight of Shadows' is a gripping thriller. Though, at first, I was a way lot confused due to the insinuation of so many characters and plotlines, I gradually got accustomed to the story. The best thing about this book is that every chapter ended with a cliffhanger and so, when every time I finished a chapter, I wanted more. This is one irresistible book, impossible to put down. This book comes with many 'oohs' and 'aahs' moments, and I promise you that you won't be disappointed. 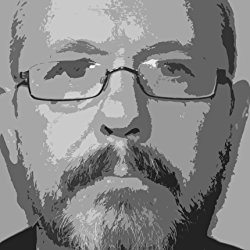 Karl Holton is a brand new self publishing author. His first book, The Weight of Shadows, is available now as an ebook on Amazon. The paperback will be out soon. This is the first book in a crime thriller mystery series, with twists from beginning to end. Karl previously worked in financial markets for over thirty years, before deciding that he had to write. He couldn't leave this dream any longer. He lives in Surrey with his wife and two children. If you would like to contact or follow him then please use any of the following:
Twitter = @KarlHolton
Website & Blog = http://karlholton.com Instagram = @karlholton
Email = info@thuja.co
Facebook = www.facebook.com/KarlHoltonAuthor

I would like to thank the author for giving me a review copy in exchange of an honest review.