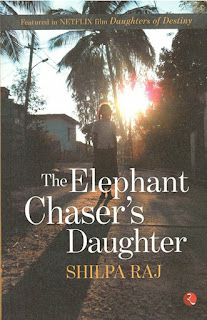 Shilpa grows up hearing the stories about how she was saved at birth by her grandmother from being killed at birth since she was born a female, how she was sent to a school started by a philanthropist far from her village despite her mother's objections, and how these decisions caused a rift between her parents.

As Shilpa grows up away from the clutches of poverty and discrimination, she could feel the tension in her village whenever she went home for vacations - the injustice and oppression faced by her family, the pressure of marrying someone to serve him for a lifetime and the need for affection from her parents.

With a number of tragedies hitting her home, Shilpa learns how to steel herself against her misfortunes and miseries. Shilpa gradually tries to break all her chains that holds her back and finally makes a choice that will change her future.

Shilpa Raj writes her life's story to give everyone a glimpse of the lives led by the underprivileged society where women and 'untouchables' are frowned upon.

Shilpa Raj's writing style mesmerized me. This is one of the few books that made me stop and think and to let everything sink in whatever she had to say. Her narration is so clear that it seemed that someone is telling me stories about her life; and this is exactly what she does, she is telling us her story, and not just hers, she is telling the story of all those helpless fellow humans who cannot raise neither their voices nor their living standards.

'The Elephant Chaser's Daughter' is the debut novel of Shilpa Raj where she beautifully tries to spread the message about how the people belonging to lower castes survive and how their survival is decided by those privileged people who does nothing but exploit them. She also brings forward the injustices and prejudices faced by women from those undermined societies. This book is an eye-opener for all as it shows the darker side of the Indian rural society and also a must read for all. 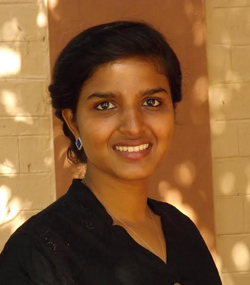 The daughter of a housemaid and an elephant chaser from a South Indian village, Shilpa Raj's life changed dramatically when she was selected at the age of four to attend Shanti Bhavan, a boarding school for poor children.

At sixteen, her need for self-discovery drove her to write this moving memoir of her turbulent past.

Shilpa Raj completed high school with distinction in 2011-the first in her family to do so-and received a Master's degree in psychological counseling.

Shilpa Raj completed high school with distinction in 2011—the first in her family to do so—and received a Master’s degree in psychological counselling.

I received a review copy from Ashvamegh.net in exchange for an honest review.