"And the law has always been clear: it's tolerable to let a few guilty people escape, but it is not acceptable to let even one innocent person suffer." 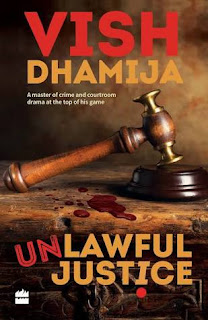 With the help of vigorous police investigation, Vansh finds out that the culprit's family is his acquaintance and his biggest client, the very powerful Maninder Singh. The Diwan family falls apart when Priti vehemently opposes Vansh taking obnoxious offers made by his client to shut down Baby's plea for justice. Unable to fight Vansh, Priti approaches Akask Hingorani, a top criminal lawyer and Priti and Vansh's batch mate and good friend, to prosecute the accused.

The story takes a bigger turn when this rape investigation turns into a murder investigation and the Diwan family's safety and security is at a risk. It is Akash Hingorani alone who can keep away the Diwans from harm's way. Will Vansh and Priti Diwan's lives fall apart forever? Will Baby receive justice from the atrocities inflicted upon her? Will Akash Hingorani defend the Diwan family? Read this heart racing courtroom drama to find out.

The two families featured starkly contrast each other. While the Diwans are a dedicated and a loving one, the Singh family is spoilt, disorganized and disrupted.

Vansh has an extremely protective nature towards his family and that is why he is ready to take up Maninder’s shrewd offer because he knows that his family will be jeopardized if he doesn’t accept the offer.
Priti Diwan is a very compassionate woman. She treats both Vamini and Baby as her own and she in shaken to the core seeing her husband accepting bribe.
The Diwans are a perfect example of how one can rear up a single child to be an ideal young lady even when she is born with a silver spoon in her mouth.

Vish Dhamija's Unlawful Justice is a cleverly crafted courtroom drama. He is an extremely matured story teller who knows exactly when and where the bomb should be dropped. The writer’s fine choice of words may need you to google the terms a few times but having said that it is a captivating and easy read.

After reading this book, I feel that Vish Dhamija is rightfully hailed as 'India's John Grisham'. The book promises to keep the suspense tight and shocking. It portrays the power of the rich over the poor, their supremacy over the world. People say that Lady Justice is blindfolded so that impartial justice is delivered but in reality it is not so. Law favours the people with fat wads in their pockets and it is precisely reflected in Vish Dhamija's book.

Unlawful Justice is a smart read that keeps you awake at night and makes you think 'just one more chapter.' I can assure you this because this is what happened to me. I stayed up late at night because I HAD TO know what happens to the Diwan family! And you would want to know too! 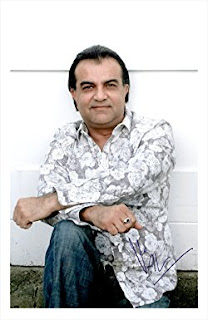 Vish Dhamija is the bestselling author of five crime fiction books. He is frequently referred to in the press as the ‘master of legal crime and courtroom drama’ in India. In August 2015, at the release of his first legal fiction, Déjà Karma, Glimpse magazine called him, ‘India’s John Grisham’ for stimulating the genre of legal fiction in India, which was almost non-existent before his arrival on the scene. Unlawful Justice, a legal thriller, is his sixth novel. Vish lives in London with his wife, Nidhi.


I received a copy from Writersmelon in exchange for an honest and unbiased review.

The author information and photograph has been taken from Amazon.in