"You know, Nate, I feel that the reason for this civil war is not powerful greedy men. It's our system. These men have simply exploited our system." 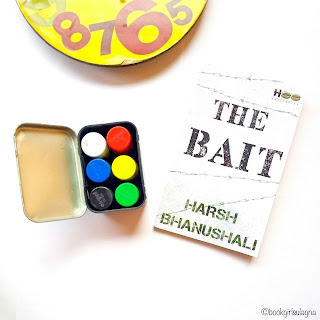 When Abdul Zaffar receives the news about his only son, Aamir's death while serving his country as a soldier, he and his wife are devastated. To add to Abdul's sufferings, his wife Reema dies while mourning their son's death. Abdul then decides to leave his job as a bank clerk and Latin teacher and move to Iraq where his brother's family lives. But all hell breaks loose when Iraq is under war and Abdul cannot move out from his country Neoro.

Neoro is a fictional country in North America which allows entry of immigrants from all other countries. Neorians (as the citizens are called) are divided into two communities: 'Roshos', the higher ones and 'Sahars', the lower ones. This division is done on the basis of the richness of the immigrants and the countries they originate from. Abdul belonged to the 'Sahar' community when he and his wife moved into this country three decades ago.

Abdul's world goes haywire when he is tricked by the most powerful politician George Carwell of the 'Sahars' to run for the presidential elections. Soon, Abdul realizes that he is being used as a bait by the government to put down a notorious criminal who has caused riots in the country. Will Abdul be able to become the President? Will Abdul ever find peace in his life? Or will he and the government catch the person behind the outbreak? Read to find out more.

Abdul Zaffar is the protagonist of this story and his character has been shown as a righteous one. Abdul is a dedicated and hard working citizen of Neoro and his believes in simple and a peaceful living. The policies Abdul follows while running for the elections are for the betterment of his countrymen.

Abdul shares a father-son like relationship with his assistant Charlie. Abdul's concern for Charlie has been portrayed beautifully in this book.

Another character that Abdul meets in the later part of the book is Nate, with whom Abdul shares a bond of friendship. The book shows how both of them gradually put their trust upon each other.

'The Bait' is Harsh Bhanushali's first book. I must say that he has done a great job on his first book. The language of the book is easy and lucid. The author could have focused on the constructiveness of the background story which would help the reader in understanding the story better. In some places of the book I got confused because of inadequate information and had to turn back a few pages. Though I feel that the sentences could be more elaborate and detailed, it is a good read nevertheless. 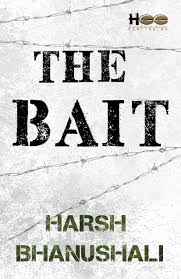 The book's length is just 128 pages, which means that the book can be finished in one go. The book is based in a fictional country called Neoro which is supposedly a secular country and initially a very peaceful one. But the condition of the country deteriorates just because of one man's greed for money and power. Harsh Bhanushali very tactfully shows how a peaceful land can be massacred due to human greed. As a newbie, the author's view of civil war is truly commendable. If you need a short war thriller, then this book is for you.


Buy the book from Amazon here

I would like to thank the publishers for giving me a review copy in exchange of an honest and unbiased review.