Book review: Equations of a Being by Ashutosh Gupta 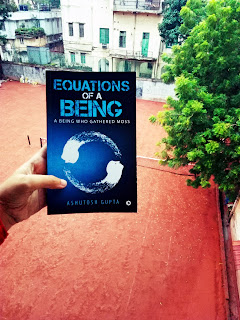 When I was offered for the first time to read and review this book I was not at all convinced that this would be my cup of tea since non fiction books are something that don't really catch my attention. But then I got this book in my hand and I was surprised to see that this book is so different from the other non fictions.

The book is divided into 16 parts or topics. In each part you will see that the author has penned down his thoughts about that topic. One may wonder, how perfectly he has articulated his musings into the paper. The author has the power to open one's minds through his thought provoking quotes.

The author simply lets you through his mind's windows and gives an insight about his perspectives about the world and how it functions. Some of the quotes touched my heart and it broadened my views of the world. The book has some 'wow' moments when sudden realisations dawn upon you. 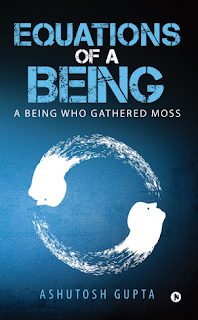 Some of my favourite quotes from the book are:

The best kind of conversations are always the ones in which two people secretly pick up on other's tragedies and prominently turn them into irrelevant comedies.

A thought that love is like breath is so irresistible. No being can eternally hold on to both, and impurities must be exhaled to experience the air of purity or the moment of untampered passion all over again.

A man sugarcoats intellect with emotions, and a woman goes through the other way around. Through this devious charm, both cater to each other's covert desires.

The male ego and feminine manipulation are two sides of the same coin, the coin of woman's historical subjugation. The former is on the verge of becoming toothless but the latter is elegantly turning the tide.

Either we need a temple, or a virtuous friend, or a mind indulged in art. Having all three seldom serves an exclusive purpose. 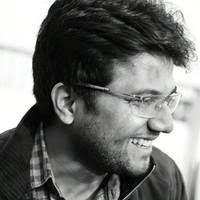 Ashutosh Gupta started writing in his late teens, as the urge to pen down his abstract reflections began overwhelming him. He has graduated his Bachelors of Technology; however, writing has always been his driving force. He primarily writes thought pieces pertaining to the existential spectrum.

He has written a short e-book The Constituents of Virtue, which has garnered reasonable acclaim. Influenced by the works of Franz Kafka and Leo Tolstoy, Metamorphosis is one book he wishes he had written.

With Equations of a Being, he takes his first strides as a full-fledged author and hopes to leave an undeniable mark on each and every psyche. He currently works with a Multi-National Corporation (MNC) and lives in Ghaziabad, his residence for the past twenty years.

Apart from writing, he has a penchant for music, cooking, and mimicry.

I received a review copy of this book is exchange of an honest and unbiased review.

Note: The author information has been taken from Amazon.in