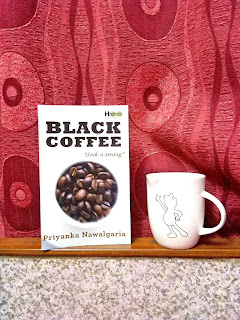 Tamanna's first love and first male friend is Raj and her love for him started since she was in school. Though Tamanna is convinced that Raj is her only love, Raj never felt that way for her until it was too late. Due to her father's illness and family pressure, Tamanna quits her dream of becoming a Chartered Accountant and gets married to Sarthak at the age of 20.

In order to forget Raj, Tamanna has two other affairs and affiliations with two different men. Though Sarthak is a good guy who loved Tamanna with all his heart, Tamanna could not forget her first love even though her love for Raj was never reciprocated. Will Tamanna be ever able to love Sarthak? Or will Tamanna get back to her one true love? Read this book to find out more.

Tamanna is a bright and fun loving girl who seems to be very adamant about getting her dreams fulfilled. Her dreams consist of becoming a Chartered Accountant and being with Raj forever. Though this is a good quality of hers, I found this character to be a very naive one. Even after getting rejected by Raj, she keeps on hoping. Also, she has affairs even after being married and having a kid. I don't know how a person can fall for a multitude of men at the same time only to forget one person. I found that the protagonist and other male characters of the book are very loosely constructed because the story does not give a clear view about the motives of the characters.

'Black Coffee' is Priyanka Nawalgaria's writing debut. Her style is very simplistic and easy to understand. The chapters are short which kept up the pace of the book and helped me finish the book faster. Here, the book is a first hand narration from the book's protagonist, Tamanna. It seemed more of a diary entry than a narration. The sentences are short and crisp and does not indulge in much details. But it would have been better if the author gave a thorough sketch about the characters' emotions. It seemed to me that whatever was happening in the book, was happening just at the spur of the moment. So it was a little confusing for me to understand why that situation even arose. There were a couple of editorial mistakes, but if we ignore those I must say that Priyanka Nawalgaria's hard work is for her first book is pretty applaudable. 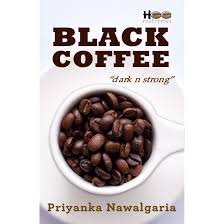 The book has a typical bollywood movie plot. I won't say that I did not like the plot, but the story has way too much complications. The plot jumps from one situation to another so the story does lack a little flow. Tamanna's story started out as a cute school love story and ended as an extra marital affair. The book portrays the pathos of a young girl who is married off to a person she can never love and how she tries hard to forget her first love. Throughout the book she does what she wants and her motive behind her multiple extra marital affairs is not given properly. It is only in the last chapter where her agony is properly showcased. I wanted more insight to the story, about Tamanna and the 4 men mentioned in the story. Nevertheless, the book is a good read if you want to know how marrying the wrong person can mess up your morale.

I received the book from the author in return of an honest and unbiased review.