"No money can give you contentment and happiness. Do what your heart wants and what you will get would be priceless." 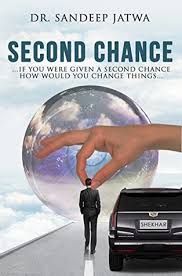 Shekhar Kapoor is a rich and successful business man. He is the owner of a shoe company named Aerowalk. He inherited this company from his father Balraj Kapoor and has been successful in making the company bigger. The only thing that Shekhar lacks is empathy. He is a proud and arrogant employer and he regards poor people as someone who don't deserve to live.

One day while driving his car to his office, he receives a mysterious call from a person claiming to be from the City of Justice. The mysterious person gives him a warning stating that if he does not fix his wrongdoings then he will face consequences. Shekhar, being an egoistic and proud person, dismisses it. He continues treating people around him poorly. Soon, after receiving 3 warnings he faces a terrible accident and dies.

After his death, Shekhar is taken to the City of Justice and his crimes are judged by the God of Justice. Even after committing a number of crimes, Shekhar is given a second chance to undo every wrong that he has done. Will Shekhar be able to make use of second chance? Read this book to find out.

Dr. Sandeep Jatwa has created a very meaningful book but the writing style is not up to the mark. There are articles missing from a lot of sentences. Whether it's a editorial mistake or not, the grammar mistakes are quite noticeable. Consider this sentence: "Black phone rang on Shekhar's desk. He picked up the receiver.
Shekhar glared at Kailash and spoke in phone..." The descriptions could have been detailed and I found that the sentences were ending abruptly, so it became a little difficult for me to understand. Also, there are some conversations in the book which were not constructed well.

Some of the situations created in the book were really unreal. I mean, it's unlikely that such sort of a thing would ever happen in real life. Like, Shekhar sleeps around with his female employees in his office, and others even know about this but no one dares to complain. I think if these little things could be avoided, then this book would have been a much better book.

On a positive note, Second Chance comes with a big message. The message of Karma. The book deftly shows 'what goes around comes back around.' In the first part of the book, Shekhar's character is an arrogant one and I was really getting irritated while reading about him. But then, after his meeting with the 'God of Justice', he becomes a changed man and this portrayal of Shekhar is indeed well written. How Shekhar corrects his wrongs are well applaudable and this book also comes with bits and pieces of suspense and revelations. 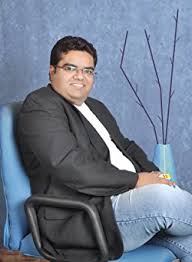 Dr. Sandeep Jatwa was born in Ujjain and grew up in Dewas, in the state of Madhya Pradesh in India. He is married and still lives in Madhya Pradesh today.
Having attained an M.B.B.S. from MGM Medical College, Indore, Sandeep went on to secure a job in medicine and now works at the Government Hospital Sarangpur District Rajgarh.
He has an amazing imagination and spends much of his free time dreaming up stories. He has been writing since 2006 and has completed two novels. The first has yet to be published, but his second one, which is entitled Second Chance, is an exciting and moralistic tale of how one man comes to realise the error of his greed.


I received a copy of this book from the author in exchange for an honest and unbiased review.