"It is not just her life but our life that I want to protect. She has become a part of me, saving her feels as if I am saving myself." 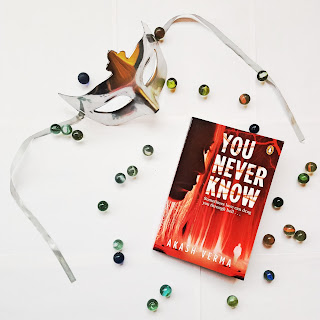 Dhruv Saxena is the branch head of the advertising agency C&M. A family man with a psychiatrist wife and two kids, Dhruv falls in love with a newly appointed subordinate in his office, Anuradha. Dhruv and Anuradha fall for each other at first sight.

Even though Dhruv loves his family, he carries on with his affair with Anuradha, hiding it both from his family and his colleagues. Their relationship even turns into a sexual one. Dhruv thinks that he and Anuradha are soulmates and they can continue their relationship for as long as they can.

But Anuradha has secrets. She had an ex boyfriend named Sid who committed suicide under mysterious circumstances. This boyfriend of hers was troubled himself and had dangerous enemies. Soon Dhruv finds himself in the middle of a whirlpool of dark past and secrets that even drags in his family. Anuradha's life is in danger as well as his life. Will Dhruv be able to come out of this mess and save Anuradha and himself? Will this mess push his family away from him? Read this book to find out more.

There are three narrators in this book- Dhruv, Anuradha and Sid. Dhruv is a successful man but he is clearly driven by lust. I have no idea how a happily married man can fall for another woman at first sight, but it happens in this book nevertheless. On a positive note, Dhruv is a protective and responsible man. He tries to protect both his family and Anuradha and it can be seen clearly from the book that Sid is quite the opposite of Dhruv.

Dhruv is an overly ambitious person, who knows nothing other than money. While Anuradha is portrayed as a smart and intelligent woman, she loved Sid with all her heart and trust. And it is this trust that starts all the troubles in Anuradha's life.

All the characters are pretty straightforward. They all do what their heart wants. This gives you a glimpse about the psyche of the protagonists. So I would say that the characters do justice to the genre 'psychological thriller'.

This is author Akash Verma's 4th book. According to me, it was pretty fast. He does not indulge in detailed descriptions of the surroundings or long quotes about love or life, which makes his book fast paced. His writing is to the point.

There are 2 drawbacks in this book that I found. First, all of his characters says 'no' after a question ends (example this, 'Naah... I don't. But you did say that, no?'). The second drawback is that it's supposed to be a psychological thriller, but after finishing the book I found some loopholes which goofed up my logic. As a reader, finding loopholes after you finish a book pretty much messes your mind (won't give out the loopholes for obvious reasons, spoilers). 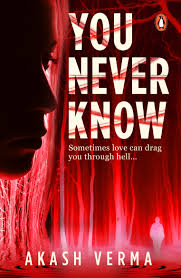 I have already mentioned that this book is a fast paced thriller. After the 1st 50 or so pages the book picks up pace and did not let me stop until and unless I finished it. Though the ending was easy to figure out, the book did not disappoint me. It has those moments where you are intently reading the book and you forget about the surroundings and your heart beat quickens because something bad is going to happen to the characters. I finished this book in a day, so I guess you can realise how engrossing this book can be. 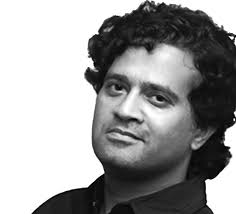 Akash Verma is an entrepreneur. He is the co-founder of two internet start-ups in the fashion and food sectors. Prior to this, he was in the corporate sphere in organizations such as Coca-Cola, Big FM and Red FM. His work has taken him across the country, and he uses this experience to give context to his stories. He has authored three books till now: It Happened That Night, Three Times Loser and A Broken Man.

Akash is currently based in Gurgaon, India. He is also interested in cinema, literature, history and travel.


Buy the book from Amazon.in here

'I received a copy from Writersmelon in exchange for an honest and unbiased review.'