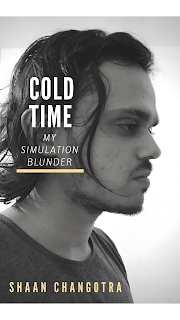 Blurb (as taken from Amazon.in):

Evolution creates the desire and we think we are getting rewarded by going after the things we want, but it’s just evolution. The nature is taking care of itself. If it’s taking care then maybe it’s a reminder to tell us that ‘don’t mess with me, i’m gentle and polite but if you are taking me for granted, i will eventually ignore you and you won’t know it and of course you won’t like it ’ – says nature (golden rule).

Adjusting life with his own issues and the world’s issues after the world war three with the nature has made Agushti depressed and his emotions very fragile, it may be because of the chemical reactions provided by his ex-girlfriend, Pearl or a soothing support given by his sister, Agatha. But none of that matters now because he found out that the world government is controlling the countries which are based on the synonyms of love through brain neurons, Mr. Mathew, his teacher tells him the reason for that and he even tells him why there are only four billion people on earth. His mother, Abby also works for the world government and this triggers Agushti the most. Agushti’s own issues include meetings with the tall guy from the other dimension, who tells him about why language is a virus and how all the beings in the universes tend to kill itself. But Agushti’s life gets more deranged than ever when he again gets to meet the black mask wearing guy which he saw in his dream and now he is seeing him in real life this time with a message “you repel me”. Getting bumfuzzled with his life, he is also getting chased by Abby because she thinks he has a critical disorder and he can cause a threat to people. What Agushti is facing in his life is even real? Will he be able to unravel the things he is encountering? 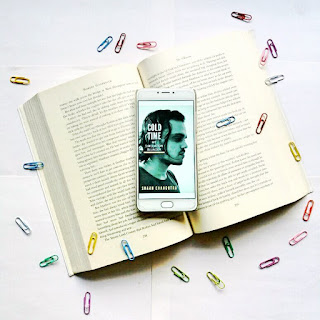 Honestly speaking, I had no clue where the book was heading until and unless I reached the last chapter. Though the idea of the book is somewhat okay, the scenarios lacked proper presentation. The story jumps from one scene to another. While reading, suddenly the protagonist is talking about a character who suddenly appears out of nowhere. One moment the character is in home, the next moment he is hit by something and is in a coma. It really messed with my head. The connecting dots are incomplete.

The genre of the book is supposed to be science fiction but I feel that when one works with science fiction proper research should be done. I am not talking about some Chistopher Nolan sort of research, but the basic concepts put forward by the author in this book are unsatisfactory. They don't make any sense.

Another thing that I would like to point out about this book is that, the dialogues are illogical and lousy. Sample the following which is apparently addressed by a father to his son: "If you’re tasting that cake, left a piece or two for me! or else i will kill you! and by the way i will drive you every day.”

So if you want to read this book, then sure, you can go ahead.

This is most likely author Shaan Changotra's debut book and he has to work a lot on his writing skills. The author shows his vocabulary skills in his book in a poor way. He uses hard terms in sentences where it is not at all required. Sample this: "The crepuscular evening looked made up." I feel, as a reader, a good book should not have exceeding numbers of tough words because it just ruins the flow of the book. The author's choice of words did distract me from the story. Also, it would have been better if the book was edited properly. There are innumerable grammatical errors in the book. It really is a big problem for grammar nazis like me.