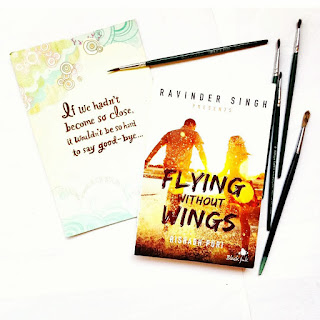 Karan Singhania is a wealthy young man. With money, he can buy everything from the world, but not love. True love is the only thing missing in his life since all the women Karan had dated loved his money, not him. Since his childhood, Karan has a critical heart disease for which he had to undergo surgery multiple times and all the visits to hospital has made him physically weaker with time. One lonely night, Karan downloads a dating app in hope of finding his love which leads him to Milli Bajwa, an equally broken person as Karan.

Milli works in the Chandigarh airport, and dreams of all the exotic places people travel to from the airport. With her father and brother gone, Milli is the only person to look after her mother who is a drug addict. Milli has hold onto her childhood home with her meagre salary, but she wishes that someone would come and help her to get away from her hardships.

By the luck of stars, Milli and Karan meet each other through the dating app. The have never met in person, but they know that only they can remove each other's pain. Will Milli agree to be with Karan even after knowing about Karan's life threatening illness? Will Karan accept Milli the way she is? Read this heart aching romance novel to find out more.

Rishabh Puri has a smooth style of narrating his story. The way he has written the book, it feels that the story is very personal to the author. The book has such unfathomable depth and emotions that it has done all justice to the romance genre. The author indulges deeper with the thoughts and feelings of the characters and this will certainly help the readers explore the characters better. I would also like to point out that the book is extremely well researched regarding the medical conditions mentioned in the book. Keeping aside a couple of misspelt words, Flying Without Wings is a perfectly written short romantic read. 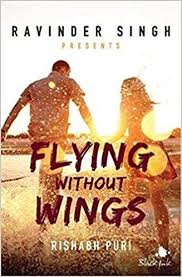 Flying Without Wings is one of those books that gives you a warm hope about love. The simplistic plot radiates warmth to its readers. Talking about the characters first, Milli and Karan's life story made me morose. They are such happy-on-the-outside-but-sad-from-the-inside sort of person. Their slow search for love is so realistic that made my experience of reading the book better. After seeing each other for the first time, their shy exchanges made me happy. The book has sweet and bitter moments at the same time.

If I talk about the cons of the book, I would say that the book could have ended within way less than 200 pages if the author had not stretched Milli and Karan's reflections about each other. Like, Milli appreciates and admires Karan's physical features more than twice in the book. So basically, I had to read about how Karan looks more than twice. Same goes for Milli too. Also, the characters are deep thinkers. They often reminisce about the lack of love and happiness in their lives for pages. If these could have been cut down, the book would have been a crisper read. Nevertheless, if you fancy bittersweet romantic novels then this is for you. 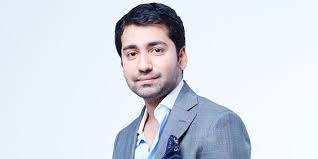 RISHABH PURI is an entrepreneur of Indian origin with business in Nigeria, Dubai, and China. Despite his demanding day job, he finds time to indulge in his passion for writing fiction, and his first book, Inside the Heart of Hope was published in 2017. Diagnosed with a life-threatening heart disease at the age of 1, Rishabh's early life was mostly limited to talking to doctors and visiting hospitals for several major surgeries and regular checkups. Now, armed with the resilience and experience his fierce battles with the disease brought him, Rishabh has taught himself to live life to the fullest against all odds. His writings too, are mostly centered on the beauty of hope, love and life. Rishabh is also an avid traveller and a supercar enthusiast. He is based in Lagos, Nigeria but visits India regularly, returning to his birthplace, Chandigarh, which remains immensely close to his heart.