"...love is not about binding someone to yourself. To love is to let go. If they really love you, they will come back to you." 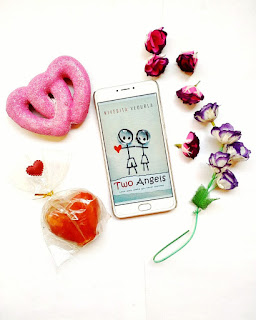 The book starts with Arun (the male protagonist) breaking down over the death of his wife Esha. Then the story goes on to narrate how Arun and Esha met each other and how they eventually fell in love with each other.

Arun was in the sixth standard when his family moved to Mumbai due to his father's transferable job. He was sulking because he left his friends each and every time they moved to a new city. But on the first day of his new school in Mumbai he makes friends with Esha, Rohit and Priyanka. He had formed a strong bond with his friends when his father comes with the news that he had been transferred to Nagpur. Arun's father decides that Arun and his mother should stay in Mumbai and he would be going alone to Nagpur. But after his Board exams he moves to Nagpur to be with his father, thus leaving behind his closely knit group of friends, especially Esha.

As Arun grows older and gets himself a job, Arun falls in love twice but the relationships fail as the girls he fell in love with are way different from him. When he gets a call from his school in Mumbai for an Alumni meet, he decides to go. There he meets Esha again and realizes that Esha had been his true love after all. Read the book to see how Arun and Esha's lives take a turn when they fall for each other.

Author Nivedita Vedurla's narration is plain. There's not much exploration of the characters in the book but it has a certain feel to it. I wanted a detailed description of the characters, like their likes or dislikes or other characteristics which would help me to understand them better. I felt that the author has poured all her emotions into the first part of the book but the emotions lacked in the latter part of the book. 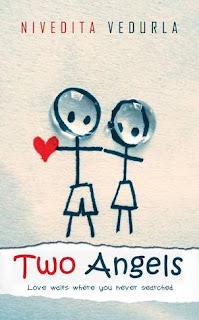 Being a romantic read, the book gives a number of messages. I liked how the story tells how Arun fell out of rapport with the first 2 girls he had fallen in love with and moved out of the relationships because certain things opposed his morale; and how Arun confesses his love to Esha before it was too late for him.

If you are new into reading, and are looking for a short and simple romantic read, then you should try out this book. 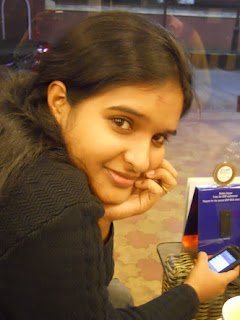 Nivedita started her career as a technical support, moved to software testing and then became a Business Operation Manager at Fabcoders, Goa. She explored her passion for writing, when she took a break from her career to take care of her baby. Her stories reflect her strong belief in love, faith and the power of the mind. When she is not writing, she plays around with her kid and taps her foot listening to dance numbers. She is more like you and less like a book nerd author. She likes interacting with people and enjoys talking to them. If you wish to talk and know more about her, you can tag her on her Facebook author page @NVedurla and let her know about the book, else drop in a comment on her website vedurlanivedita.com


I received a copy of the book from the author in exchange of an honest and unbiased review.