Today we have Ed Duncan amongst us, the author of Pigeon-Blood Red, a fast-paced suspenseful crime thriller. 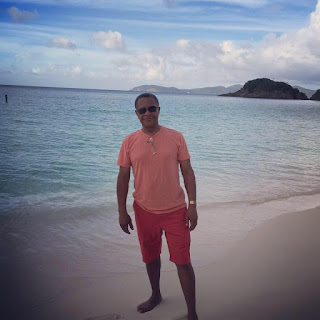 1.  Firstly, I would like to congratulate you for your book Pigeon-Blood Red.  Could you please introduce yourself to the readers?

I grew up in Gary, Indiana and after high school attended Oberlin College in Ohio and then Northwestern University Law School.  After graduation, I moved to Cleveland to accept a job with a law firm.  In 2008 I wrote a treatise for judges and lawyers called Ohio Insurance Coverage.  I wrote annual supplements through 2012 when I retired to write novels.  Today I live in a suburb of Cleveland.

2.  Tell us about the Pigeon-Blood Red series.

The main characters in the series are Rico, a "killer with a conscience," and Paul, an African American partner in a big law firm.  Outwardly, they are very different but they also have a good deal in common and, although each would be loathe to admit it, each man admires something about the other.  Each man also has a significant other who figures prominently in the story lines of the novels.  Evelyn, Paul's girlfriend, is an independent minded math professor who worries about Paul's interaction with Rico, and Rico's girlfriend, Jean, is high priced call girl who worries that some day Rico is going to get himself killed.

In developing plot lines, the trick has been to dream up realistic circumstances where Paul and Rico's paths intersect.  I think I've done that in Pigeon-Blood Red.

3.  The book is set in Chicago and Honolulu.  Do you have any personal connection with these places?

The idea for Pigeon-Blood Red came to me while I was attending a legal seminar.  Well, that seminar took place in Honolulu.  Also, I'm familiar with Chicago because the law school at Northwestern, which I attended, is located there.  Also, Gary is only 30 miles east of Chicago.  Incidentally, I recently returned to Honolulu and discovered that one of the pivotal locales in the novel, The International Marketplace, has been torn down and remodeled so that it bears no resemblance to the place I described in the novel.

I've wanted to write novels since high school.  I simply never had the time until I retired.  I suppose the idea originated with a compliment paid to me by one of my English teachers.  She wrote on one of my papers that my writing was seldom, if ever, equaled among my school's students.  That really impressed me.  That teacher is no longer with us but I hope she would have approved of Pigeon-Blood Red.

5.  What do you enjoy doing apart from writing?

I love traveling.  I majored in Spanish in college and have tried to maintain semi-fluency in the language.  For that reason, I've traveled to a number of Spanish speaking countries, including Spain, Mexico, Puerto Rico, Costa Rico, and Panama, but my most exotic trips were to South Africa, China, Hong Kong, and Japan.  Of course, I also enjoy reading.  In addition, I love movies and I have a particular soft spot for film noir.

6.  What are your favorite books?

My taste in books runs the gamut in both fiction and nonfiction.  Some of my favorites include;  How Green Was My Valley, A Stillness at Appomattox, An American Tragedy, For Whom the Bells Toll, The Killer Angels, Of Human Bondage, and From Here to Eternity. In my genre, crime fiction, some of my favorites are The Maltese Falcon, The Killing Floor (and most of the Jack Reacher novels), Presumed Innocent, and Mystic River.

7.  Which author's work do you enjoy the most?

I probably enjoy Lee Child's novels the most.  I've read almost all of them and very seldom have I been disappointed.

8.  Pigeon-Blood Red has a variety of characters and each has their individual personality.  How did you develop these characters?

The main character was always meant to be Paul, a lawyer who comes to the aid of a "damsel in distress."  After all, I'm a lawyer and Paul is a highly idealized version of my younger self, but I wanted to imbue him with some complexity and, therefore, he admires Rico, if only a little.  I thought of Rico as someone to play off Paul's character.  I wanted him to deadly and coldly efficient like the assassin in The Day of the Jackal, but I wanted him to be someone readers would not despise.  Thus, he became a "killer with a conscience."  Despite my efforts to fight it, he also became the main character.  Jean, Rico's girlfriend, doesn't enjoy being a call girl but she can't bring herself to tell Rico if he can't reach that conclusion on his own.  Finally, Evelyn, for all her accomplishments and her self-assured manner, could not help becoming attracted to Robert, a gambler and a womanizer, something everyone could see except her.  So each character has some flaw, however minor.

9.  How did the plot of Pigeon-Blood Red come along to you?

As I mentioned, the idea for Pigeon-Blood Red came to me while attending a legal seminar in Honolulu.  That was in the mid-1990's.  I was relaxing one evening outside my hotel when the bare outlines of the novel came to mind.  I saw a beautiful woman traveling alone in exotic locale and being pursued by bad people -- dangerous people -- who were trying to get their hands on something valuable she had in her possession.  And I saw a lawyer --like yours truly --  coming to her rescue.  Over the years I worked on the novel off and on when I had time while practicing law full time.  During that time I filled in the details, many of which changed as a result of the many drafts and re-drafts. The "something" the woman had in her possession became a priceless pigeon-blood red ruby necklace.  As those who have read the novel will know, the phrase "pigeon-blood red" was coined centuries ago by Indian Gem dealers and describes the color of the rarest and most valuable rubies in the world, the same color as the first two drops of blood that trickle from the nostrils of a freshly killed pigeon.

10.  What genres would you like to work upon apart from crime thrillers?

The second novel in the series is The Last Straw, which will be published by Creativia Press and should be available on Amazon as an ebook in the next few weeks, if not days, and as a paperback shortly thereafter.  I've also come up with a story line for the third novel, which is tentatively titled  Rico Stays.  I originally envisioned the series as a trilogy, but I'm considering expanding it by one or more novels.

12.  What message would you like to give to the readers through your book?

Pigeon-Blood Red is pure escapism, and I hope readers will enjoy it as such.  Therefore, it doesn't have a message per se.  However, if there is a subtle message, it might be "every dog has his day."

13.  Last question, what message would you like to give to the upcoming authors?

Never give up if you truly want to write a novel.  Very few succeed with their first effort and almost nobody's first draft is any good.  So do multiple drafts until you're satisfied that you've done your best work.  Then find an objective editor to read it.  Accept the edits you agree with and discard the others.  Then send your novel out into the world, take the inevitable rejections in stride, and keep at it.

I would like to extend my gratitude to the author Ed Duncan  for spending his valuable time for this fun-filled and informative interview.


Read the blurb of his book Pigeon-Blood Red below : 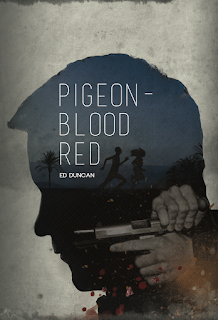 For underworld enforcer Richard "Rico" Sanders, it seemed like an ordinary job. Retrieve his gangster boss's priceless pigeon-blood red ruby necklace and teach the double-dealing cheat who stole it a lesson. A job like a hundred before it. But the chase quickly goes sideways and takes Rico from the mean streets of Chicago to sunny Honolulu, where the hardened hit man finds himself in uncharted territory when a couple of innocent bystanders are accidentally embroiled in the crime.

As Rico pursues his new targets, the hunter and his prey develop an unlikely respect for one another and Rico is faced with a momentous decision: follow his orders to kill the couple whose courage and character have won his admiration, or refuse and endanger the life of the woman he loves?

Read the my review of this book here