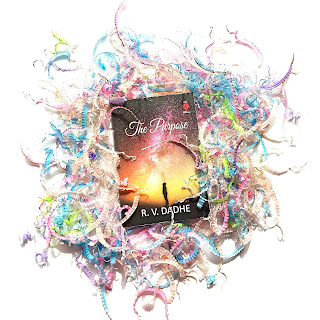 This story is about Swapnil, a young boy, born during the reign of King Vikramaditya of the Mauryan dynasty. Swapnil's father was a soldier turned trusted minister in the court of King Vikramaditya. Swapnil's grandfather was also a valiant soldier in the King's army who died a brave death while protecting the king from his enemies. So naturally Swapnil was born with a silver spoon in his mouth.

Swapnil could easily be a minister in the King's court when he grew up. He was trained in politics and the shastras, and he was an excellent student but he was never interested in the affairs of the court. While growing up Swapnil was in a constant doubt about where his purpose lies as he could not concentrate in anything for a long period of time. 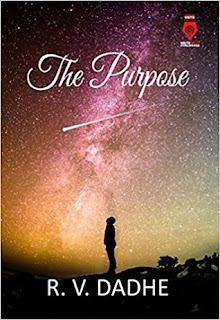 I have mixed feelings about the author's writing style. While the message put forth by the author is really worth the appreciation but the way the narration proceeds is not something that I liked. The story is about a boy from an ancient period and while the narration goes there are places where the author inputs his commentary within brackets. Here's an example:

"The princess evidently had tears in her eyes. Swapnil did not know what to say yet again. (Boy, you are messed up, aren't you?)"


Apart from this thing, the book is written in a simple and easy way. There are dialogues which are a bit tedious at times but towards the end the story becomes fast paced.

As I mentioned before I really liked the message of the book. It's about finding your 'ikigai', a Japanese term for passion. So through this book the author tells his readers to continue with our search for our purpose no matter how many hardships we come across. We should always follow our hearts and our instincts. Stories of a boy journeying across the country in search of his purpose is a bit clichéd nowadays but nevertheless 'The Purpose' has a simplistic approach and is a short yet meaningful read.

An engineer by the day but a writer by passion, Rhushikesh is driven by the ideals of Goodness and Compassion, both of which are unfortunately not pizza flavours. Because if there is anything more important for him other than thinking about food, that's eating it. He believes in the existence of a supreme energy which is called God, it's more convenient because sometimes a snickers bar is also a form of energy. Fond of pineapples in all places but pizza, this quirky yet brilliant mind lives in Pune with his (imaginary) wife and two pet dogs. He can be followed anywhere on Twitter, Instagram or Facebook, provided you spell his name correctly.
Twitter: @rhushi_dadhe96