"Sometimes someone who himself loves softly needs someone who loves him hard. Sometimes a woman needs to be loved hard on three days a week but soft on the other four days. And nobody knows which day is which. Not even she." 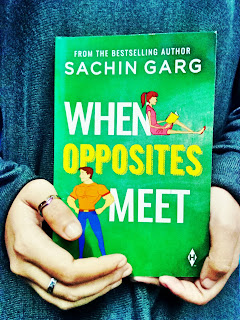 Ritwika Dua is a wheelchair bound college student. She has been suffering from a muscular atrophy since 8 years of age which renders her limbs weak and deformed. She gets to meet Chetan Yadav, a professional wrestler, through her professor Lokesh Nair. Chetan Yadav was involved in a doping scandal where it was claimed that he used drugs to enhance his muscle growth. And so an innocent Chetan was invited by Lokesh, who through his keen researches finds out that Chetan and Ritwika are bound by the same genetic condition.

Meanwhile Ritwika's mother Indu Dua is a single parent to Ritwika. She is happily divorced and does not plan to be in love with anyone soon. But when she meets Ritwika's professor Lokesh she hits the right chords with him and even when she knows that Lokesh is so different from her, she is drawn closer to him.

Another member of the Dua family is Jayant, Indu's dead sister and brother in law's only living son. Jayant is a very quiet teenager but became more secluded after his parents' death. He meets Aditi by mere coincidence when he goes out one day to buy Maggi. But Aditi is the exact opposite of Jayanti. She is talkative, weird and wants to hit a popularity level by making YouTube videos. Bound together by Maggi, Jayant and Aditi becomes each other's only connection. 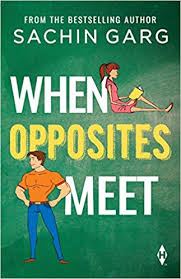 As you can see from the plot, When Opposites Meet is a very very different kind of a romance novel. I wouldn't call it exactly a romance novel as it has adequate amount of comic situations in it. This book was a unique kind of an experience for me.

There are three couples in this book and each of the pairs are different to each other. I really liked how each of them hit it off even with all the differences. Like, Ritwika is jealous of Chetan because of his enormous built at first, but when she gets to know Chetan and his views about the world and its unfairness, Ritwika feels glad that Chetan is there in her life. Similarly, Jayant being a reclusive teenager patiently hears whatever Aditi has to rant about, and he actually loves hearing what Aditi has to say.

This book warmed my heart. I normally dislike romantic novels due to its mushy and cheesy characters but I feel that this book definitely stands out from the rest. The book has strongly built characters and the best thing is that each of the six characters are so different from each other that it gives an insight to the readers about various distinctive personalities.

Author Sachin Garg narrates his stories without deviating from the main plot. I especially love his style of writing the dialogues. The dialogues are interesting, intelligent and humorous at the same time. While some of them are philosophising love others are simply hilarious exchange of weird ideas.

Other than the dialogues, his introductory portions of the characters are also well executed. As each of protagonists are so different, this helps the readers sketch a proper description of the characters and will help them know the characters better. If you ignore a couple of typos in the book, this book is worth a read for all kinds of readers. 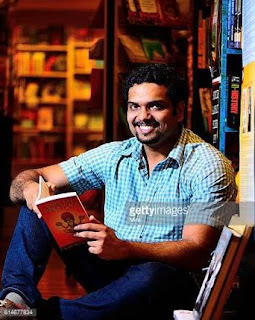 Sachin Garg is a bestselling author, popular speaker and serial entrepreneur based out of Mumbai. He has written articles for Huffington Post and Scroll.in and has been featured in most leading newspapers and magazines. He has also spoken at numerous Indian and international forums like South Asia Media Summit (Islamabad), TEDx (Allahabad) and several IITs and IIMs.