Book review: Fear is the Key by Juggi Bhasin 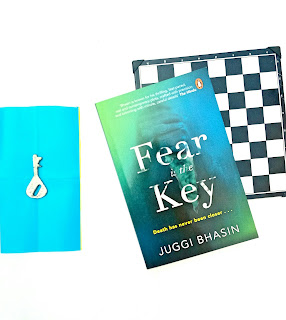 "When we leave our homes in the morning, know this, we carry a lot of rage, violence, insecurity, sexual frustration and a genial air of dissatisfaction in our hearts. What we choose to do with these emotions by the time we come back from work in the evening defines our state of normality."

I am afraid that I may give away spoilers if I, myself, talk about the plotline so here is the blurb of the book as given in Amazon.in -

'A bitter winter wind blowing outside spoke to me. There was no one else. And then it struck me. She might have truly disappeared! Sometimes, you get a sense of these things . . .'

It's been one hell of a tough week at Yummimages, a digital infotainment site, with controversies seeping into the politicking within the office. To calm things down, Rahul, the founder, plans a party at his home. His goal is to set things right between his fiancée-to-be, Simone, and his business partner and close friend, Suhel. With the party in full swing it's time for Rahul to have 'the talk', but suddenly Simone is nowhere to be found.

As all investigations come to naught, Rahul takes matters into his own hands and soon has a few suspects lined up. It's just a matter of time before he knows the truth. But reality can be so twisted, so bizarre, so utterly unbelievable . . .

This book, by the creator of Agent Rana, will continue to give you chills long after you have read it. 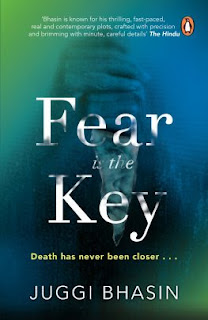 When I read the blurb of this book I was really skeptical about it because the plot seemed very clichéd. But as the story progressed, I realised that this was not any everyday story. When I started reading the book, I really thought that the book somewhat belongs to the comedy genre, but as the story unfolds, it becomes darker and frightening.

Let me talk about the complex characters that the book has - Rahul, Simone and Suhel. From the very beginning, nothing much is revealed about the characters. All that we can know about them is that there is a considerable rift between Simone and Suhel, while Rahul desperately wants his best friend and would-be-fiancée to sail on the same ship. Before Simone's disappearance the readers will get a glimpse of Simone's untold and unregistered fears and after her disappearance the readers will slowly get to know more about the intricate ways in which Rahul works that makes him so determined to find the roots of Simone's disappearance. Suhel's character is not much explored here but his thought processes are an added plot twist in this scenario. There are other characters who add twists to the story and makes it more intriguing.

Now coming to the plot of the story, initially the story did not attract me. It was going really slow and I had no idea where the story was heading to. But after reading 100 pages or so, the story started picking up pace. Nothing really unveils and the story messes up as it progresses. It is only the last 3 chapters where the shocking revelations take place. With complex psychological aspects and human behaviour as its core feature, Fear is the Key has a story that is one of its kind.

This book is 'scary'. Yes, this is the word that I would use to describe this book. It gave me scary dreams. Do not think that the book has gory scenes, but the story itself gives you the chills. Also, this book has a lot of offensive sexual descriptions. So readers may not find these scenes appealing. At first, I found these descriptions to be appalling but slowly I realised that these scenes were essential to the plot.

As a whole, Fear is the Key is a book that will give a lot of psychological insights about paranoia and Schizophrenia to the readers. Being a psychology student myself, I found this book to be an useful tool for my area of study. This book is recommended to all the readers who loves to dig into dark psychological thrillers.

Juggi Bhasin knows how to instill fear in his readers. I have to say here that the author has done 100% justice to the title of the book. I must also admit that the author has done adequate research on this book. The various psychological subjects that the book focuses on is a much needed one. The readers will not only apprehend the concepts better but also appreciate the amount and quality of information the author has provided in the book. The language is crystal clear and simple and kind of draws the attention of the readers. The dialogues are something that we use on our everyday lives to converse. I also liked how the story does not drags. Each chapter is crisp and short and ends with a big 'what-happens-next' that totally leaves the readers fazed.

So if you are looking for a book that gives you fear and leaves you clueless, then go for Fear is the Key. 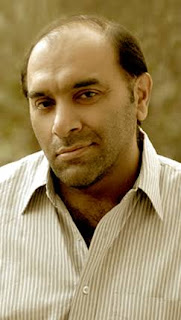 Juggi Bhasin was one of the first television journalists in India. He has worked with Doordarshan News and Lok Sabha Television as a reporter and anchor. Among the first Indian journalists to go to North Korea and report from there, he has also covered Kashmir and other insurgency-hit areas. He also has to his credit news reports on the demolition of the Babri Masjid.
Bhasin, who acts on stage, is the creator of the popular graphic novel Agent Rana, which appears in a major national daily.
He can be contacted at juggibhasin@gmail.com.

I received a copy of the book from Writersmelon in exchange of an honest and unbiased review.