Book review: A Life To Die For by Nilay Shah 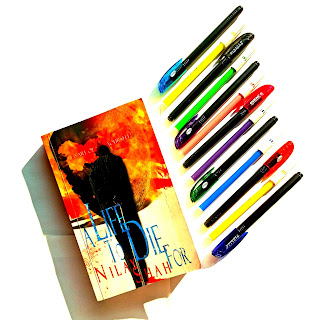 The story is set in Kashwarg, a representation of the Indian state Kashmir. The story begins with the rescue of a teenage girl named Preksha who is traumatised from the long years of her captivation. This girl cannot speak anything and does not know anything about the real world outside the small wooden shed where she was held captive. In a war torn Kashwarg, demand for justice from the abuse that has been instilled upon Preksha by her 'Baba' is what brings the people of Kashwarg together.

Meanwhile, Presksha's abuser Amir is someone who no one knows about. He is an unknown person without a proper name who also calls himself 'The Enforcer of Anger'. Aryaman goes on a mission to find this person himself and bring justice to Preksha. While on his mission, the government is behind him and also, his own friends and fellow members from the Independent Kashwarg Force goes against his mission. Will Aryaman be successful in bringing justice to Preksha? Who is 'The Enforcer of Anger and why is he doing this? Will Kashwarg ever be free from the clutches of the two greedy countries? Read this political thriller to find out.

This is author Nilay Shah's debut book and he has done a commendable job in weaving an extremely complex story and penning it down. He shows excellent skills in joining the dots of this complex thriller and lot of characterizations but I feel that the ability to maintain a fast pace is missing. The narrative is lucid and simple and helps to add a lot to the reader's imagination. 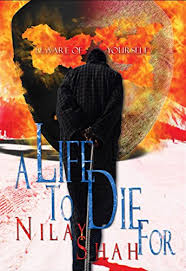 This book will be an excellent read for readers who crave for political thrillers. The positive side of the book is its showcase of emotions. The author  conveys the problems and the fear that the common people of Kashwarg faces through his book. The book also tells about the intricate and manipulative ways in which the government and various government agencies work and influence the common masses. I really liked how the problems of Kashwarg mirrors the present day problems faced in Kashmir.

The only thing that I feel could have been improved is the story's pace. There are a lot of sub plots which confused me and personally I feel that the story could do without these sub plots.

So if you are a sucker for intense political thrillers, then this is your go-to book.

Nilay Shah, born in 1994, he is an author of અસંમત / Asammat, a Gujarati novel published in July, 2016. For Nilay, the exact point when the passion to write took over is difficult to tell. Ever since early childhood he has loved creating tales out of anything that came his way.

Having written his first story at the age of 6, Nilay went on to write short stories, direct short films and plays before penning down his debut novel Asammat in 2014, at the tender age of 19 while simultaneously pursuing Chartered Accountancy and graduation. Once he was done with his studies in 2015, he made attempts to publish his book, and then penned down the English version of the same tale- A Life to Die For.

At present, he is laying down the structure for his second novel, to be originally written in English and Gujarati. Nilay is determined to create things that can stand apart from the rest, that can create a place of their own in the hearts [as well as minds] of recipients.


This Book Review is a part of The Readers Cosmos Book Review Program and Book Promotions.
For details log on to www.thereaderscosmos.blogspot.in
Labels: A Life To Die For Book review Nilay Shah Political thriller Zorba Books