Book review: Murder in a Minute by Shouvik Bhattacharya

"A caged bird doesn't fly away immediately when it finds the site open. It takes a few steps here and there just to soothe her unbelieving eyes that freedom is near and then it spreads its wings and takes a leap."

Esha Arora, the young, beautiful and brilliant owner of Arora Cements is found dead one day in her own room in her ancestral home. Esha is the most charming and lovable member in the family yet her two step brothers, Rishabh and Arya, are sure that someone has murdered her out of greed, and in fact, the murderer is present in their home at the very moment.

With the help of the shrewd police inspector Rashid, the two young brothers start investigating the murder of their dearest sister. While the two brothers investigate, dark family secrets are spilled out and abysmal human desires are surfaced. What can greed and power make people do? What happens when love is never reciprocated? Read this absolutely amazing and thrilling murder mystery to find out. 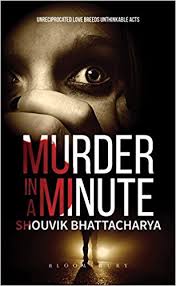 Even though I gave this book a five star rating, I feel that I have not justified the book. This book deserves more that five stars. What an incredible, thrilling, heart racing, blood pumping read it was. Phewww! Even these adjectives are not enough to describe this book.

I can, without any doubt, say that the Sidney Sheldon of India is here. Such a meticulously planned out plot! Even the wide display of emotions from the characters for the victim is something that I loved about this book. Everyone has different feelings for Esha, be it love or jealousy. Everyone has a motive to murder her and everyone has an alibi. This is what complexes the story and keeps the readers totally fazed till the end.

There is not one single thing that I hate about this book. Let me tell you about my experience. If I divide the story into three halves, then I can say that during the first half I was slouching on my bed and enjoying the book as this is the part where the author brings in different characters and gives it a shape and a story. In the second part, the investigation and the interrogation happens when I was still slouching but my heart was pounding hard against my chest. Then comes the last part, where the curtains are about to be lifted and I was sitting upright, my heart about to burst, and my eyes just hovering above the pages at an incredible speed because I couldn't just stop. This is 'that' kind of a book. You just have to read it, you MUST read it!

Murder in a Minute is author Shouvik Bhattacharya's first writing attempt and he has just smashed it. He is an talented story teller and I assure you that he keeps his readers hooked till the very last line of his book. He plots his stories, creates his characters and builds up a tremendous tension in the story in the most jaw dropping way. He won't let you guess, he straight away misleads you and when you are sure that this is the killer, then bam! Your hunches will fail you because you are absolutely incorrect. I am in awe of the author's writing skills and styles. Such detailed and well laid out story is something very few debut writers have achieved. Kudos to the author. 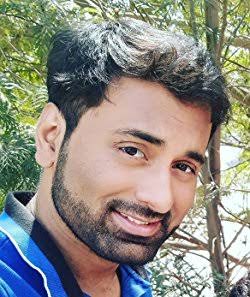 Shouvik is a management graduate from S.P Jain, Mumbai and is currently working for General Electric. During the day, he designs high-end analytical software which makes aircrafts fly, and during the night he plots devious murder mysteries. He had brief stints studying in Carnegie Mellon University, Indiana University and European School of Business. He is a die-hard fan of Manchester United and you might spot him reading, in a café or a bookstore in Bangalore.
You can follow him @StoryTellerShouvik on Facebook, Instagram and Twitter.