Book review: If I Had to Tell It Again by Gayathri Prabhu 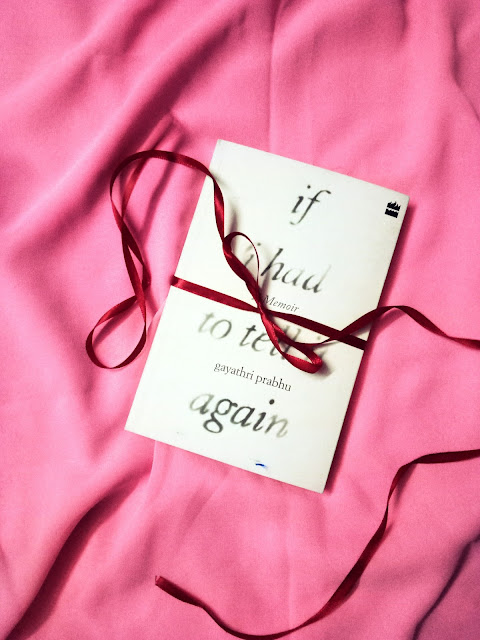 "Love, our undoing. So much love. It was love that manifested in the strangest ways. In fear, in pride, in violence, in encouragement, in neglect, in drink."

Blurb of the book (as taken from Amazon.in):

From the aftermath of a death emerges this pioneering memoir of a daughter's difficult love for a flawed, passionate, larger-than-life father. If I Had to Tell It Again is a tapestry of conflicting memories of clinical depression, intense togetherness, mourning, healing, and the shattering of spaces between childhood and adulthood. Charting an emotional minefield with delicacy and honesty, this is a haunting story about the sort of suffering that only families can inflict and endure. 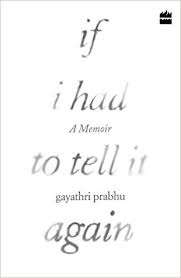 If I Had to Tell It Again by Gayathri Prabhu is a memoir of her life, mostly, as a daughter. Her memoir talks about the strangeness of the love that she received from her father, in aggression and in dedication.

The book starts with the death of author Gayathri Prabhu's father whom she refers to as 'SGM' throughout the book. In fact, she refers to everyone by an English alphabet (including herself). The only living being she calls by the name is her beloved dog, Chinna. I'll come back to this later. So the author then time travels to the past and talks about how her father used to showcase his love for his 2 daughters through multifarious ways. It is sometimes through thrashing with belts, sometimes with cigarette burns, sometimes with new gifts and sometimes even by telling (or rather persuading) his daughters to become independent and strong willed women.

The author also writes about her hatred towards her father in some parts, and her talks about her deep understanding behind such behaviour. She talks about her timid mother and her less preferred sibling and how they used to cope up with him.

Gayathri Prabhu tells her readers about her failed marriages and failed pregnancies; her struggles to get a stable job, her insecurities, her childhood traumas and her depression. The last 50 or so pages are dedicated to her beloved dog Chinna where she gives a beautiful description of the constant companionship the author and her pet gave each other.

If I Had to Tell It Again is a gut-wrenching read, about a toxic yet thicker-than-blood father-daughter relationship; it is about forgiveness; it is about loss and mourning; it is about overcoming depression through various odds; it is about finding support in the most unconventional ways; it is a book that you should read.

If I Had to Tell Is Again by Gayathri Prabhu has a very very unique style that I have not seen in any other book that I have read so far. You can sense the grudge and the frustration that the author holds within herself about her father, both while he was alive and after his death. The author tells her readers that she wishes she had forgiven her father before his death in a a very artistic way. Like, she prepares a drama stage in her head where she and her father enact out scenes where her father realises that his life was not a failure. Another thing very unique about the book is that the author narrates her story in third person in some parts. This shows how distant the author had become from her real life, how she badly she wanted to get away from it. 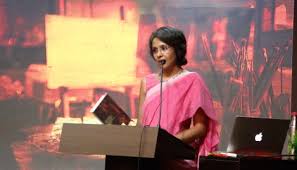 Gayathri Prabhu is the author of the novels The Untitled (2016), Birdswim Fishfly (2006) and Maya (2003). She teaches literary studies at the Manipal Centre for Philosophy and Humanities.

Labels: Book review Gayathri Prabhu HarperCollins India If I Had To Tell It Again Memoir