Book review: Men and Dreams in the Dhauladhar by Kochery C. Shibu

"Nanda looked at the snow-clad peaks. He thought he saw a flash of anger. He knew the gods were angry; lives of these men should have ended in a little more dignified manner." 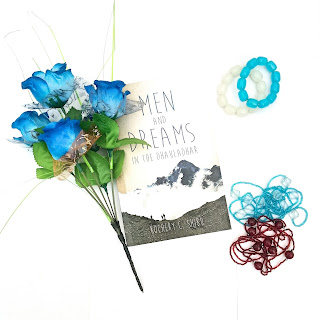 Khusru is a Kashmiri youth who has been running away from his homeland due to incessant terror attacks but in doing so he finds himself in the clutches of a terror group who are training Khusru to be a militant. This organisation threatens to blow up the dam in Dhauladhar in order to drown Delhi.

Rekha is a Kathak dancer born in a refugee family but her grandmother persists her to be a doctor. Listening to her heart, Rekha does her MBBS but travels the world to spread her love for Kathak. While trekking at Amarnath, she stumbles upon Khusru under undesirable circumstances.

Nanda, Khusru and Rekha meet each other at Dhauladhar and their fates entangle with each other's. In Dhauladhar, where the labourers' lives do not matter, each and every one of them are trying to live together. With the perils of the mountains, the people of Dhauladhar try to fulfil their little dreams and try to adjust with the ways of the mountains. Read this extraordinary story of men and their dreams.

I loved author Kochery C. Shibu's eloquent writing style. The writing in lyrical with splashes of some of the Indian native language here and there. This adds an essence of purity to the book. My favourite feature of the book is how the author has created his characters. He does not give away the stories of his characters all at once but rather he feeds information to his readers bit by bit keeping them in suspense. 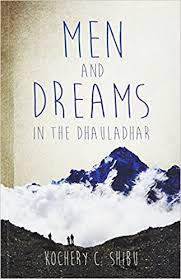 Men and Dreams in the Dhauladhar is a bittersweet story of 3 people, each having something to hide about themselves, where their lives have taken an unwanted turn and rendered them helpless. How they come to acknowledge each other and try to help mend each other's lives is a very endearing aspect of the book. Nanda, Rekha and Khusru have their own fears and personalities. I love how the author gives shape to the character in bits and pieces throughout the entire story. Reading about their past lives and how they have come to that particular point of their lives is something that the readers should watch out for.

The story revolves around a dam construction project so the author has incorporated a lot of technicalities regarding it. At some point I kept skipping the parts where the author kept describing the construction process because the plot at that point seemed very tedious and forced upon. Incorporating these into the plot made the book unnecessarily long which could have been finished within just 200 pages.

The book speaks volumes about how men have come together to help build a dam risking their lives for little money to feed them and their families. The book also gives glimpses of the simple life of the villagers who have utmost faith in the mountain gods. The book also provides many side stories of some of the people who have come to Dhauladhar to realise their dreams. Though some of the background stories of some unimportant characters does not provide much to the main story, it gives the readers an insight about the simplicity of some people's dreams and how the dreams matter to them.

Men and Dreams in the Dhauladhar is a novel that will make you think about the hardships faced by people who have dreams, as simple as it might be. 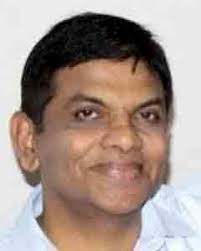 Kochery C. Shibu is a retired naval officer. A graduate from the National Defence Academy he has held several important posts in the Indian Navy. Post his retirement he has executed hydroelectric projects in the Cauvery river basin in Karnataka, Beas river basin in Himachal and lately Teesta river basin in Sikkim. He holds a postgraduate degree in Defence Studies from Chennai University, and MA in English Literature from Pune University. Men and Dreams in the Dhauladhar is his debut novel. The technical content of the novel, namely the setting up of a hydro-project is drawn from his experience in these projects since 2005, as are many of the characters inspired from those whom he encountered at the project site. Kochery C. Shibu was born in Kochi and now lives in Bangalore with his wife and daughter.


I received a copy of the book from Writersmelon in exchange of an honest and unbiased review.