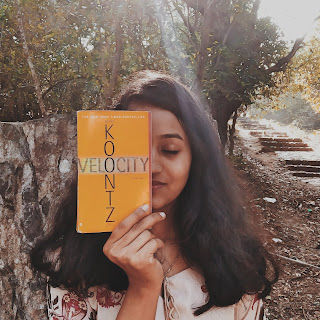 Billy Wiles is a hardworking bartender in Napa County. When one day he while returning back home from work he sees a note stuck to his car which says that a young blond beautiful school teacher would be killed if he didn't get the police involved or an old woman involved in charity work would be killed if he did involve the police. And he has 24 hours to decide. Even after the young school teacher gets murdered in a brutal way, Billy receives another note of a similar way.

This begins a race against time. While the killer goes on a rampage and incriminating the victims' bodies with evidence that would lead the police to Billy, Billy's only concern is to keep his fiancé Barbara safe from the killer, even though she has been in a coma for 4 years.

It was a particularly interesting read. A little slow paced at first but then the pace begins as the murders start. As the author progresses the author starts feeding us bits and pieces about Billy's unfortunate past experiences and his character unfolds to us. The book has drawn references from many clues from literary pieces that when the climax scene comes it's a 'aha' moment for us readers. Overall, it was a good book. This was my first Dean Koontz novel and I enjoyed it.